this may be a dumb question but where is the energy usage screen that will tell me i've consumed 50%, is it the screen with the horizontal battery with the green bands? thank you

Press that 'Leaf' button on the far right.
That screen has 3 sub-screens.

MoldyWalnuts wrote: ↑
Sun Jun 07, 2020 10:25 pm
this may be a dumb question but where is the energy usage screen that will tell me i've consumed 50%, is it the screen with the horizontal battery with the green bands? thank you 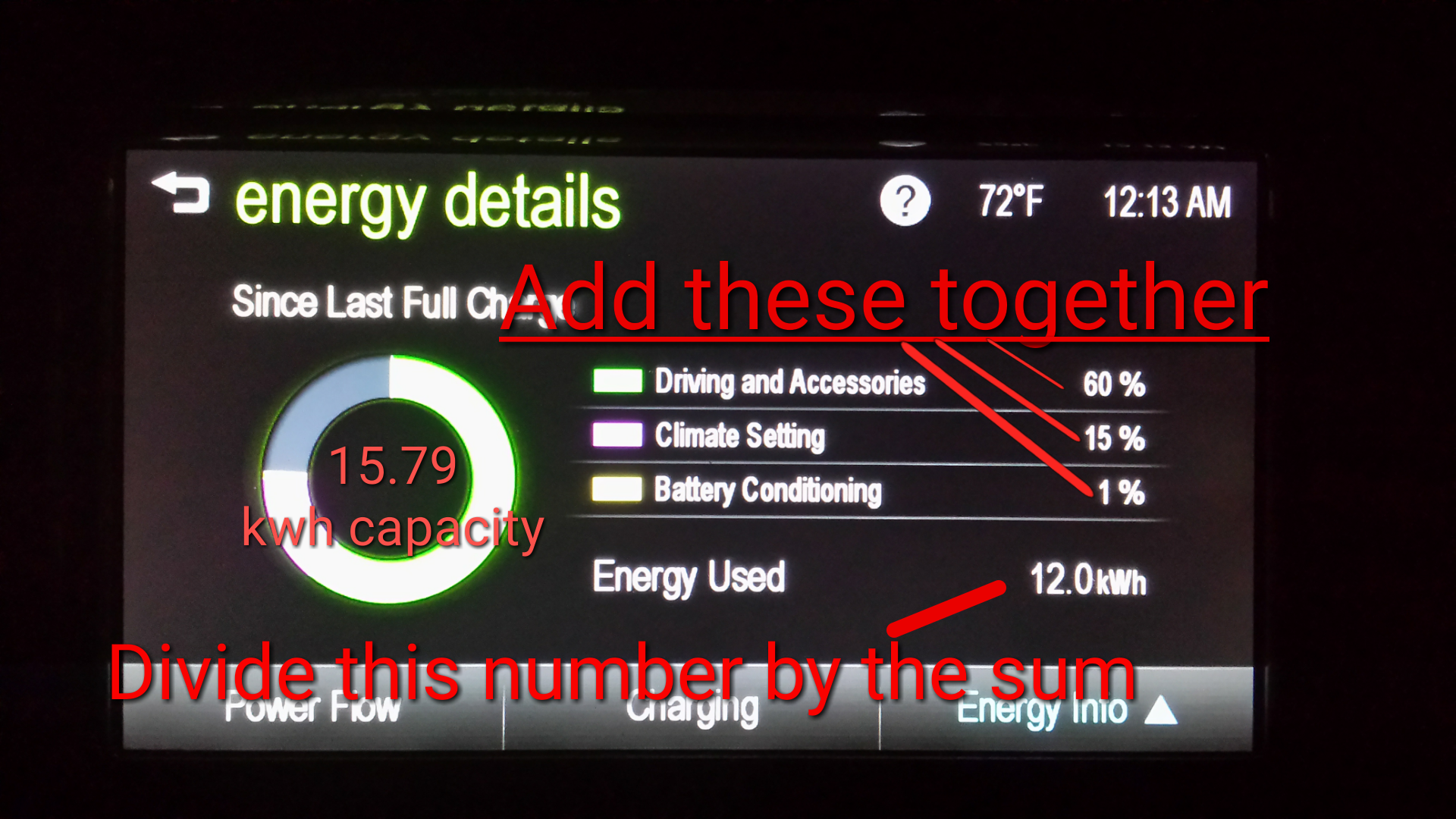 MoldyWalnuts wrote: ↑
Sun Jun 07, 2020 10:25 pm
this may be a dumb question but where is the energy usage screen that will tell me i've consumed 50%, is it the screen with the horizontal battery with the green bands? thank you

Turn on the car's power and press the button with a LEAF on it. The LEAF button is located to the right of the fan speed dial below the center display on the dash. 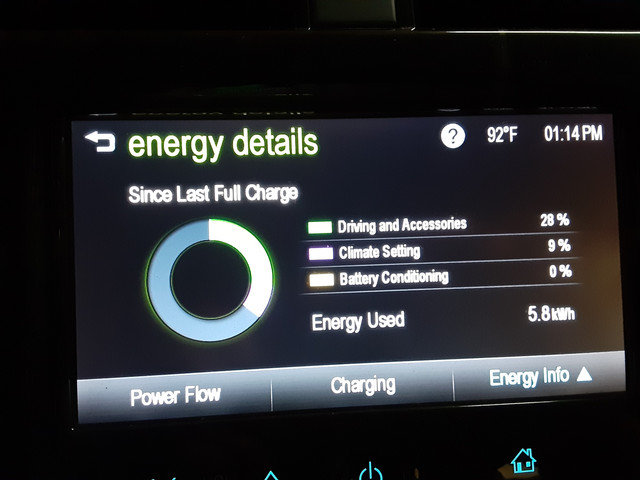 one thing i just realized, with 92F outside, shouldn't i see some energy go towards battery conditioning? thank you

MoldyWalnuts wrote: ↑
Wed Jun 10, 2020 8:59 am
one thing i just realized, with 92F outside, shouldn't i see some energy go towards battery conditioning? thank you

I'm probably opening up a different can of worms, but it depends on a bunch of conditions.

The Spark battery "doesn't like" being ~86°F or above. Since batteries are dense, they are slow to change temperatures with ambient temperature. If you leave the Spark outside in the shade, the battery temperature will likely hover around the days average temperature (ex daily temperature high is 90°F, overnight is a low of 70°F, it's likely the battery will be 80°F +/- a few degrees). Drawing a lot of power, adding a lot of power (highway driving or fast charging being those scenarios), or leaving the Spark out in the sun on a hot day, are going to up the battery temp and therefore likely lead to use energy to cool the battery or otherwise said, "Battery Conditioning."

Owners in a cold climate might be a better source for battery temps that induce battery heating, but if memory serves me correct, the battery doesn't want to be any colder than 55°F and will start heating at around that temp or below (that's what it is in my Bolt too, however the Bolt pack will tolerate high temps up to 100°F, different chemistries).

perhaps even if the temp outside is in the 90's it doesn't mean the overall HV battery temp is such and conditioning is not warranted. i'm just trying to figure out if i have an issue with my battery conditioning system. just so you know, this reading was taken after a short trip to the grocery store where i left the car parked in the mid-day sun for about 15-20 minutes and then came home into a much cooler garage taking this reading immediately upon driving the car in. perhaps the battery just didn't have enough time to heat up for the conditioning system to kick in...

MoldyWalnuts wrote: ↑
Wed Jun 10, 2020 8:59 am
one thing i just realized, with 92F outside, shouldn't i see some energy go towards battery conditioning? thank you

Another thing that might be happening is if the battery was charged at that temp, it was being cooled while plugged in and charging.
And then your 28% worth of driving might not warm it up enough to a display separate 'BC' number.

But, most likely, it may be that if you are running the AC for the cabin, the 'freon to battery coolant' heat exchanger is also always cold and the battery coolant could be flowing through it without generating a separate BC number. The coolant pump determines the flow rate needed to keep the battery happy.
Since the AC compressor is running it may be hard to quantify how much of the energy the BC loop consumed.

I'm not sure if I ever saw a BC number in the summer when I had the AC on.
I'm sure I get separate 'Climate Setting' and BC numbers in the winter when I haven't had the car plugged in for a while and it's colder than a w...
But in that case there is a separate coolant heater for the cabin and the BC loop.

edit: Another example of this is after doing a DCFC when the AC system was cooling the pack big time even though it was in the 70's when I drove off in the car with the windows open and just a little fan running I felt cooled air coming from the vents for quite a while after leaving the DCFC unit.
I don't remember if it displayed a BC number that time.

So, Old Mold, what you need to do is take one for the team and drive it in really hot conditions without the cabin AC and see if you get a BC number by itself!!

you may have a point there as i always see that the A/C is on after i come to unplug the charger after a night of charging. i've mentioned this before in one of my posts here. this would certainly explain why i don't see any BC energy used, and yes i was driving with cabin A/C on all the time yesterday. as for taking one on the chin for the gang, i may just do that right now as i head out for another short run to the store, etc. i'll post it here shortly. thank you, you've put my mind at ease, somewhat

Return to “Batteries and Charging”